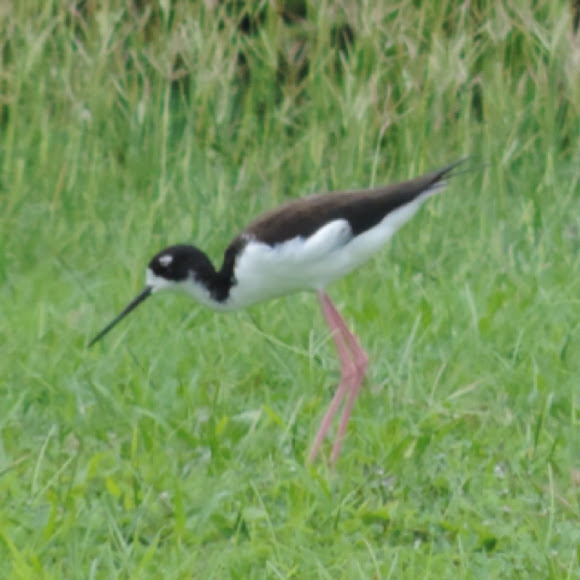 Five species of rather similar-looking stilts are recognized in the genus Himantopus. They have the second-longest legs in proportion to their bodies of any bird, exceeded only by flamingos. The Hawaiian subspecies of Black-necked Stilt has the black of its neck reaching much farther forward than the mainland forms. Habitat loss and hunting led to the decline in its numbers. It uses primarily the few freshwater wetlands found on the Hawaiian Islands.