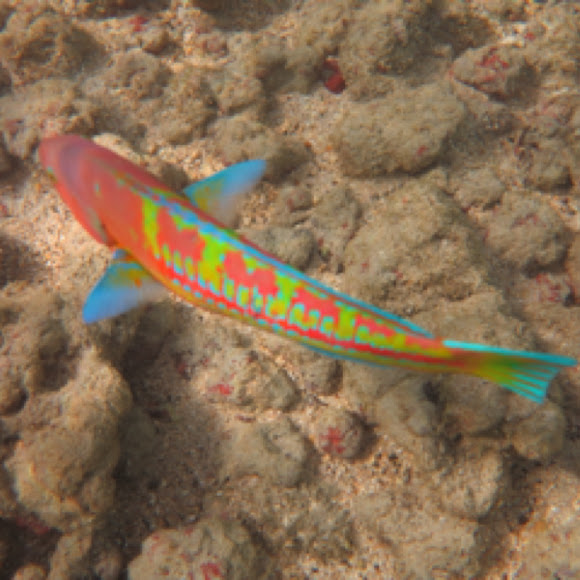 An adult H. ornatissimus is pink to red overall with a green spot on each scale and green lines and spots on its tail. The juvenile and female fish have two spots on their dorsal fins. It reaches a maximum length of around 6 inches.

The Christmas wrasse is known from the western Pacific (e.g., Philippines south to the Great Barrier Reef) east to the Hawaiian Islands. It is found among rich-coral growth, but it also frequents the bases of lagoon patch reefs and reef faces, where it forages among rubble and sand. It is a shallow-water wrasse, having been reported from a depth of 12 to 50 feet.