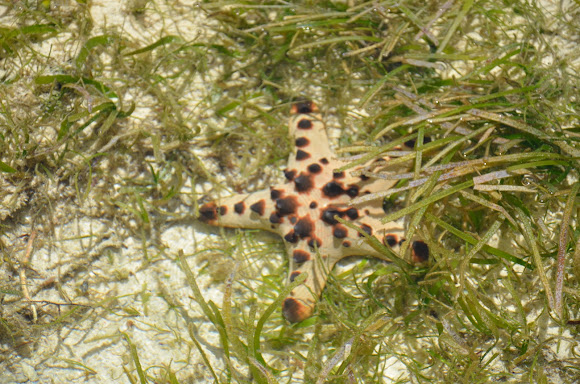 A very frequent echinoderm all over the Philippines. Also called the "Chocolate Sea Star", they are harvested for ornamental purposes. So 'overharvesting' is an issue with these animals.

Found all over the seas of the Philippines, this one I found near the water's edge and some found in some sea-grass(?) during low tide in a tropical island (I was island hopping with my family in Britannia, Surigao del Sur).

I think I can remember a schoolmate of mine (in a higher year) studying these sea stars about their reproductive behavior and population dynamics(?) in order to set standards for harvesting them since they take a long time to "grow" and some people are harvesting them at their 'juvenile stages'.