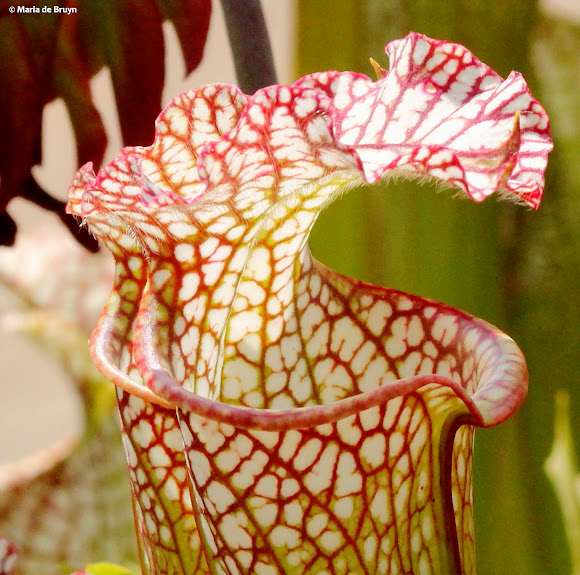 The species is highly variable with respect to its pitchers, with plants in some localities reaching almost one meter in height, while in others, plants can be diminutive. It produces crimson flowers in the spring before its characteristically small spring pitchers. These are generally followed midsummer with flat non-carnivorous leaves known as phyllodia. Its most robust and handsome pitchers are then produced in the early autumn. It is a carnivorous plant.

It is native to the New World and inhabits moist and low-nutrient longleaf pine savannas along the United States Gulf Coast, generally west of the Apalachicola River on the Florida Panhandle. Seen at the NC Botanical Garden.

Beautiful! I love carnivorous plants. This is definately the prettiest one I've seen. Thank you :)