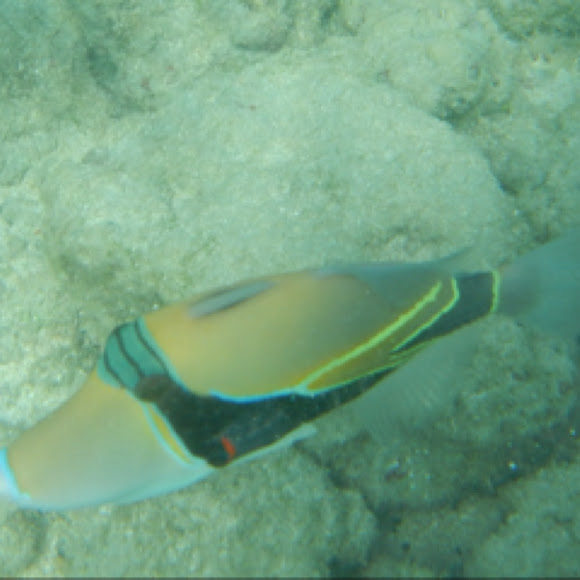 Triggerfish have tough skin and strong, small jaws with chisel-like teeth. Their eyes are placed about a third of the way back, near the top of their bodies. This may help the triggerfish scan for food along the ocean floor, and may reduce damage to the eyes while rooting around in the sand for food. The humuhumu feed on invertebrates with hard skeletal parts, like crabs, mollusks, and sea urchins, as well as algae. Some species of triggerfish also eat plankton. As they dig their food out of the sand, they sometimes are seen expelling clouds of silt or sand from their gills.