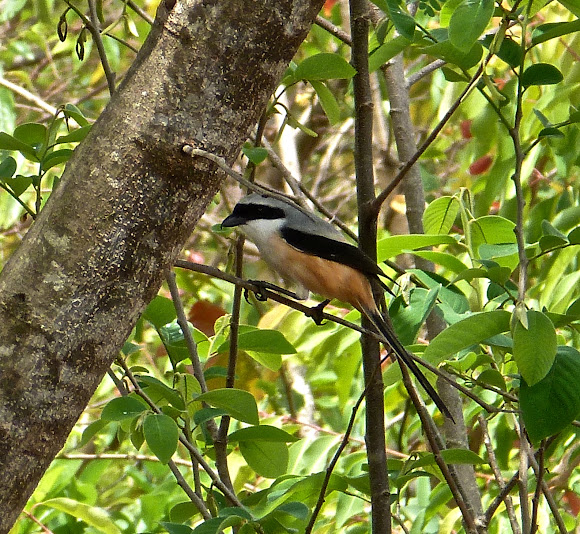 The Long-tailed Shrike or the Rufous-backed Shrike (Lanius schach) is a member of the bird family Laniidae, the shrikes. It is small for a grey shrike, but has a very long tail with rufous edges. The underparts are white, but with rufous flanks. The bill and legs are nearly black. This bird has a characteristic upright "shrike" attitude perched on a bush, from which it sallies after lizards, large insects, small birds and rodents. This species of bird is a popular pet in southeast Asia. Prey may be impaled upon a sharp point, such as a thorn. Thus secured they can be ripped with the strong hooked bill, but its feet are not suited for tearing. Its flight is undulating, but its dash is straight and determined.

It is a common resident breeder throughout the Indomalayan ecozone from Kazakhstan, through Afghanistan, Pakistan, Indian peninsula except eastern states,[2] to New Guinea, found on bushes in scrubby areas and cultivation. Winter visitor to southern areas such as southeast India and Sri Lanka.

It is a species of Shrike, most likely a long tailed shrike.