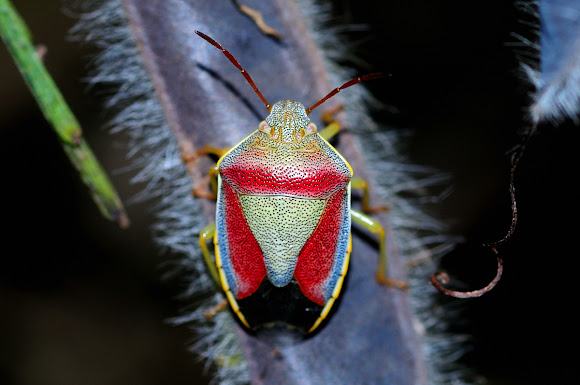 Large shieldbug with two adult colour forms which are related to sexual maturity. Those emerging and mating in the spring are predominantly green, whereas the new generation appearing in the late summer have purple-red markings on the pronotum and corium. Although often associated with gorse, larvae also feed on broom, dyer's greenwood and other plants in the Genisteae, and have also been found on laburnum and clovers.