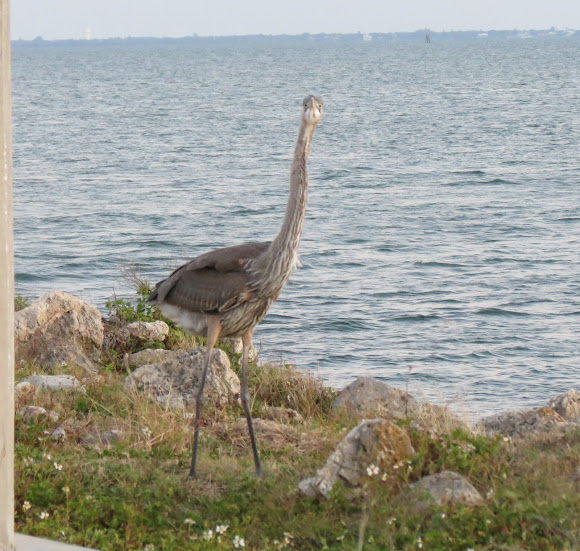 is a large wading bird in the heron family Ardeidae, common near the shores of open water and in wetlands over most of North and Central America as well as the Caribbean and the Galápagos Islands. It is a rare vagrant to Europe, with records from Spain, the Azores, England and the Netherlands. An all-white population found only in the Caribbean and southern Florida was once treated as a separate species and known as the Great White Heron.

It can be found in a range of habitats, in fresh and saltwater marshes, mangrove swamps, flooded meadows, lake edges, or shorelines, but always close to bodies of water, usually nesting in trees or bushes.

Ava T-B; thank you very much !

The first picture is quite an unusual angle -- straight up its beak!