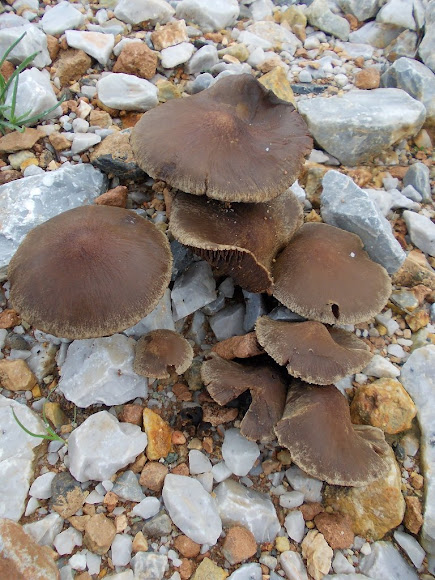 Weeping Widow (Lacrymaria lacrymabunda) mushrooms, spotted growing in a rocky soil, at the path leading in an olive grove, near Alli Meria settlement, Volos city, Greece. Referred to as the Weeping Widow, because of the black, watery droplets which appear at the edge of the gills when they are moist. Initially bell-shaped with a woolly, in-rolled margin to which pale fragments of the veil remain attached. At maturity, caps grow to between 4 and 12cm in diameter, and usually retain a distinct umbo. The reddish cap surface is radially streaked with yellow and clay brown tinges. http://www.naturespot.org.uk/species/wee...