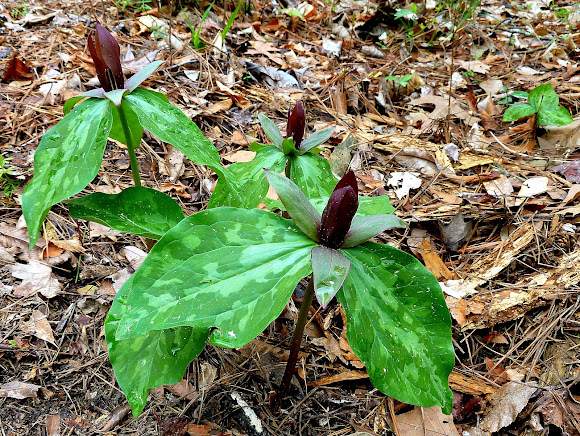 Perennial herb. This plant is federally listed as endangered in the U.S.

T. reliquum is a species of mesic hardwood forests. All known populations are relatively close to creeks or rivers where high relative humidity is maintained for most of the year, especially under the hardwood canopy during the late spring and summer seasons.

The largest and most vigorous populations are in the Lower Piedmont/Fall Line Hills Province, in drainages of both the Savannah and Chattahoochee Rivers