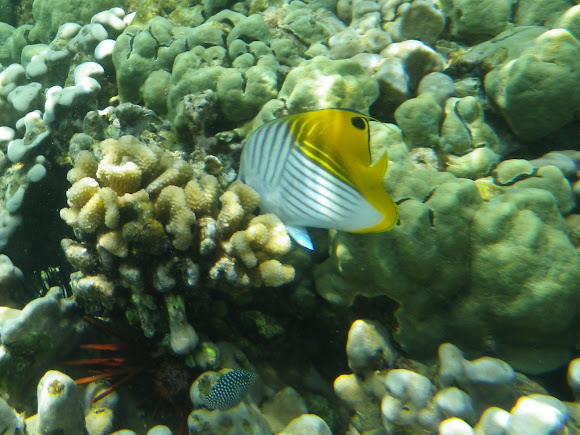 One of the soft dorsal spines on this handsome Indo-Pacific fish is elongated into a threadlike filament; below it is a black spot. These large omnivores are strongly paired.

Common but not abundant, they defend a large feeding territory from others of their own species. They grow to 8 inches long, reaching their greatest size in Hawaii.

Their species name means "charioteer" probably because of the whiplike dorsal filament. Hard to get a good side photo of this fast moving fish, so I included some photos from all angles!

Thanks, Mary! I fell in love with the reef this time! The water was so clear and it was sunny so the colours were so magical and dazzling.