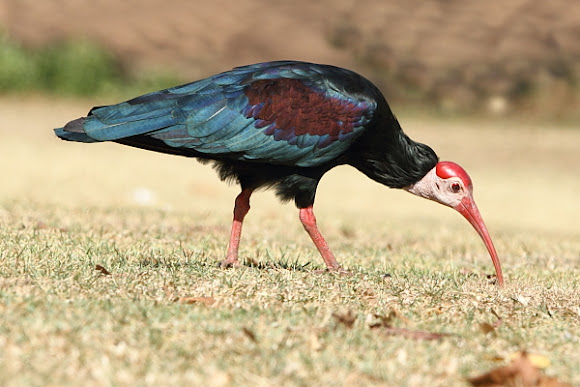 The Southern Bald Ibis is classified by the IUCN Red List as Vulnerable. This species is a South African near-endemic, sharing its range only with the tiny kingdoms of Lesotho and Swaziland. It also used to occur much more widely throughout South Africa, breeding even on famous Table Mountain that towers over Cape Town. However over the decades its range contracted dramatically and is now centered around the Drakensberg Mountains and outlying rocky areas. Currently, approximately 8,000-10,000 Southern Bald Ibis exist at over 100 colonies, however the bulk of the breeding birds are restricted to just a few large colonies in South Africa and Lesotho.