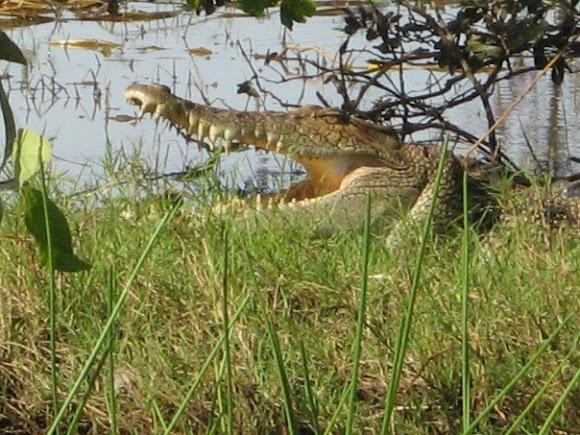 They spend the tropical wet season in freshwater swamps and rivers, moving downstream to estuaries in the dry season, and sometimes travelling far out to sea.

Great shot! Where were you (specifically)? What kind of habitat, etc?