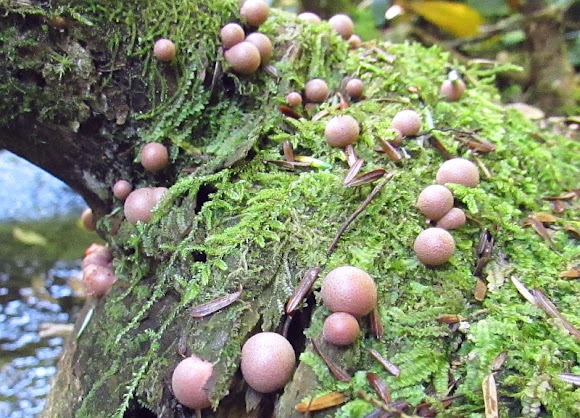 Small nodules (4-6 mm), with a dark, magenta color and a finely textured skin. These appeared to grow from cracks along the grain in an old hemlock log.

Very damp environment. These fruiting bodies emerged from an old hemlock log that was rotting alongside of a small, rapid stream in a narrow ravine with little direct sunlight. Central Appalachian Mountains.

Although these appear to be a fungus, they are actually a slime mold. The berry-like nodules are the fruiting bodies formed from an aggregation of plasmodial, single-celled organisms. The fruiting bodies turn darker brown with age. Also called Groening's slime or toothpaste slime.