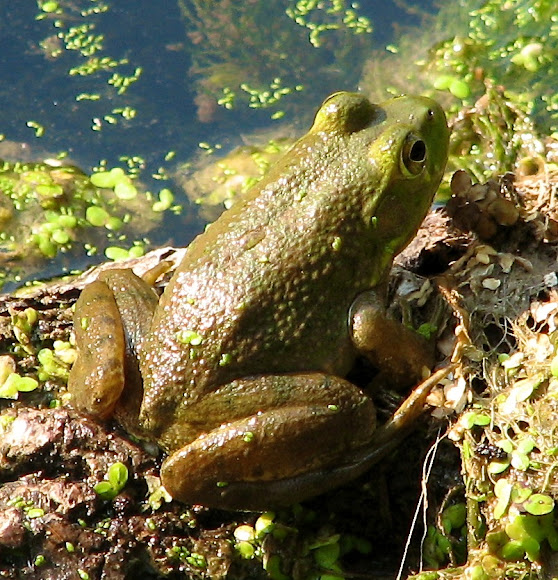 Missouri's largest frog. Color usually ranges from green to brown. Belly is white. The external eardrum is large and circular. Bullfrogs lack the folded line that extends down their back, which can distinguish it from the Green Frog, Rana clamitans.

Bullfrogs are opportunistic feeders with a voracious appetite. They will eat almost any animal small enough to be captured and swallowed. There are documented spottings of bullfrogs eating small birds, snakes, and even other frogs, including other bullfrogs.