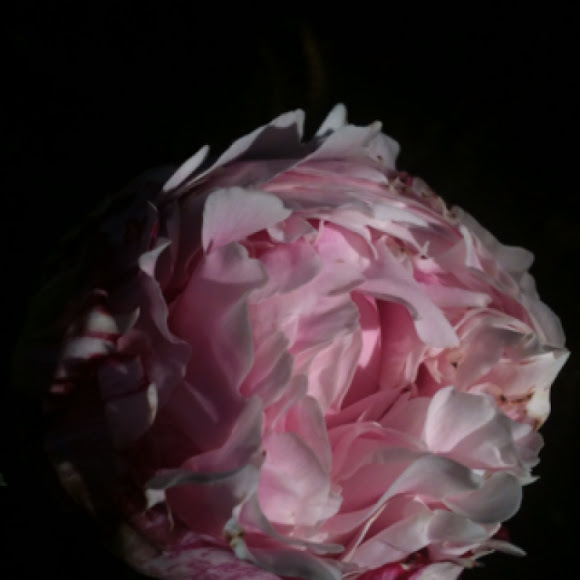 The peony is a perennial plant; the thick, knobby rootstock produces a green, juicy stem from 2-3 feet high. The leaves are ternate or bi-ternate, with large, ovate-lanceolate leaflets. The large, solitary, red or purplish-red flowers resemble roses and bloom from May to August. Legends, Myths and Stories Nez Perce Indians said to be the finest light cavalry in the world at the time of Chief Joseph, were very horse-conscious, and lost no opportunity to improve horse-racing. The seeds of wild peony were chewed and then put in the horse’s mouth an instant before the race began. He always won. According to the Roman writer Pliny the Elder (23-79 AD), the peony was the oldest of all cultivated flowers, during the Trojan Wars. Modern botanists have no way of authenticating Pliny’s statement, but we do know that the Chinese emperor Chin Ming (2737-2697 BC) cultivated these flowers. The peony takes its name from the Greek legendary physician Paeon who first learned of the plant’s important medicinal use of lessening the pains of childbirth. Paeon was said to have been eventually transformed into a peony by Zeus. In the Middle Ages ground peony seeds were taken as a preventative against bad and melancholy dreams. Today, the root is still valued in Chinese medicine, where 2 species are used: both the red-and-white flowered (P. lactiflora) and (P. suffruticosa) or the tree peony. ********Warning********** The entire plant is poisonous, the flowers especially so. A tea made from flowers can be fatal. Do not use without medical supervision.

Originated in China, grows wild in southern Europe and is cultivated as a garden flower elsewhere.

Peonies in Medicine Arguably the first use of peonies by people was for their medicinal value. There is evidence that peonies were used extensively in both the Far East and Europe as long as two thousand years ago. Many parts of the plant are purported to have medicinal properties. Roots, bark, seeds and flowers were all believed to be of some medicinal use. In texts describing Traditional Chinese Medicine (TCM) three peony preparations are well known. The first is Mu Dan Pi, which is made from the bark of tree peonies, and is said to cool the blood as well as have antibacterial properties. Chi Shao Yao is made from the root of the herbaceous peony P. lactiflora and is also said to cool the blood and relieve pain. Bai Shao Yao is made from the same roots but with the bark removed and is said to nourish the blood. Where as peonies have been used continually in medicine in the eastern world, the same can not be said of the western world. Peonies were used during medieval times. However their popularity subsequently declined and until recently little was heard of the medicinal properties of peonies. During the middle ages in Europe only two peonies were widely used P. officinalis and P. mascula (know respectively as the female and male peony). Their uses included everything from childbirth to the warding off of evil spirits. Peonies were said to be recommended to cure gall stones, control epileptic seizures, soothe teething pain and cure jaundice. Peony seeds have been swallowed whole to prevent bad dreams or used in a poultice to relieve stomach aches. Flower petals have been dried and used to make a tea that was reputed to soothe a cough. They were considered a panacea. In the middle ages there where not many ailments that peonies were not thought to soothe! Today a number of medical researchers throughout the world are isolating compounds in peonies and evaluating their medical potential. The available research suggests that there are numerous useful compounds found in peonies and it is possible to project that in time researchers will be using compounds found in peony to create modern drugs to treat some of our more serious diseases. The peonies grown for medicinal use today come almost exclusively from China, Korea and Taiwan. It is the root that is harvested of both herbaceous and tree peonies. Most of the peonies harvested have been grown for that purpose, though some peonies are still taken from the wild. Research is underway to improve the yields obtainable and to increase the concentration of desired compounds.