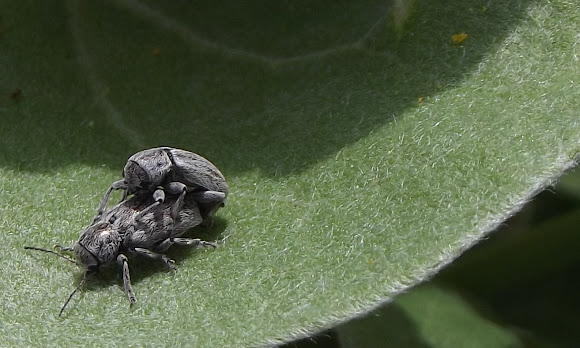 Less than 1 cm in length, grey with dark and light stripes. In the photos they look hairy, but in life they did not.

Found on the ridge of Kamiak Butte in eastern Washington. The south side of the butte is steppe and the north side is predominately Ponderosa Pine, Larch, and other conifer trees. There were several mating pairs on nearly every arrow-leaf balsam root plant at this particular part of the butte.