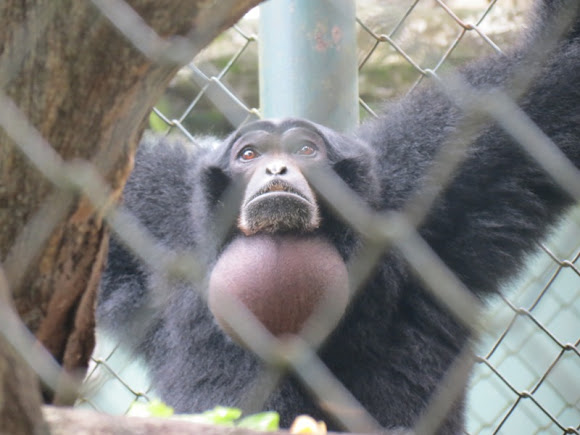 Black fur, unmistakable air sac on the neck which functionates to amplify its voice. Around 9 or 10 a.m., a pair of siamang gibbons do morning call to claim their territory. Although they are captive, they still show their natural behavior as they claim their cage as territory.