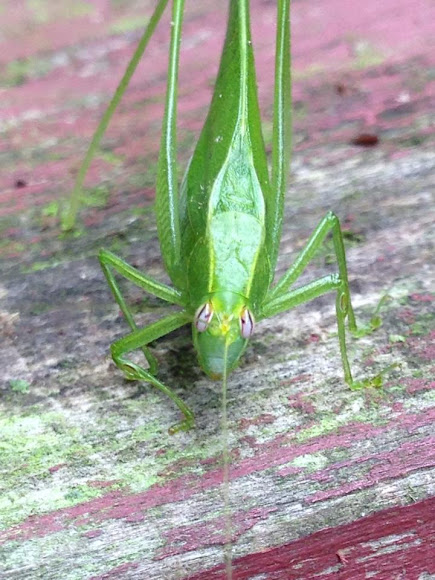 Insects in the family Tettigoniidae are commonly called katydids (in Australia, South Africa, the United States), or bush crickets. They have previously been known as long-horned grasshoppers. More than 6,400 species are known. Part of the suborder Ensifera, the Tettigoniidae are the only extant (living) family in the superfamily Tettigonioidea. They are primarily nocturnal in habit with strident mating calls. Many katydids exhibit mimicry and camouflage, commonly with shapes and colors similar to leaves.