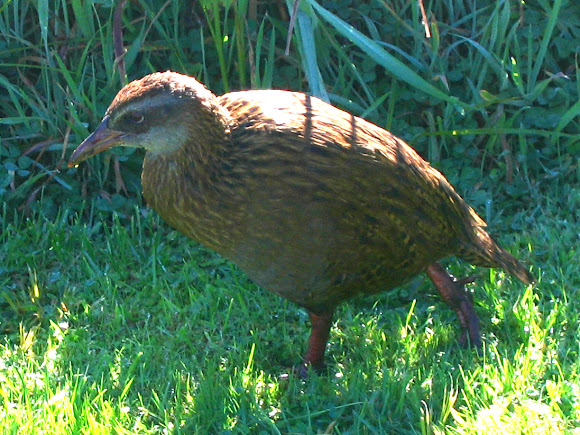 The weka (also known as Maori hen or woodhen) (Gallirallus australis) is a flightless bird species of the rail family. It is endemic to New Zealand, where four subspecies are recognized. Weka are sturdy brown birds, about the size of a chicken. As omnivores, they feed mainly on invertebrates and fruit. Weka usually lay eggs between August and January; both sexes help to incubate. (https://en.wikipedia.org/wiki/Weka)