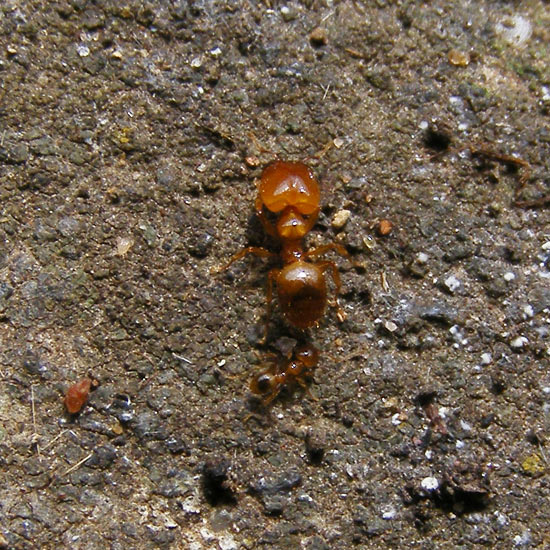 Brown ant (5mm?) with unusually larger sized, chunky head (bigger than its abdomen!) accompanied by smaller (2.5mm), regularly proportioned worker ants. Head is a lighter, reddish brown to rest of body. This species does bite slightly painfully - if you disturb their nest!

Concrete garden paths - under some old garden clippings in this case.

There are a number of species this could be. While it might be a Coastal Brown Ant, initial research indicates that the larger worker ant in that species has a darker head.