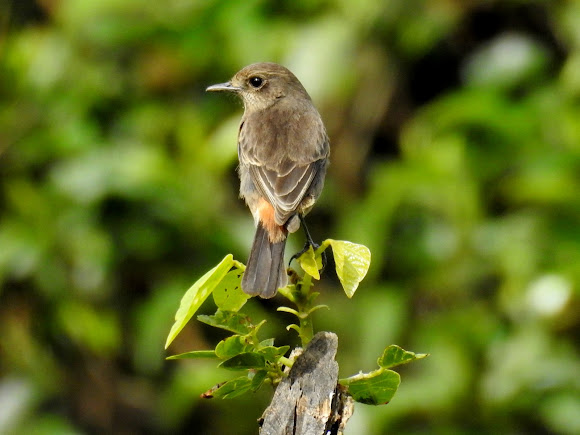 The pied bush chat is slightly smaller than the Siberian stonechat, Saxicola maurus, although it has a similar dumpy structure and upright stance. The male is black except for a white rump, wing patch and lower belly. The iris is dark brown, the bill and legs black. The female is drab brown and slightly streaked. Juveniles have a scaly appearance on the underside but dark above like the females.