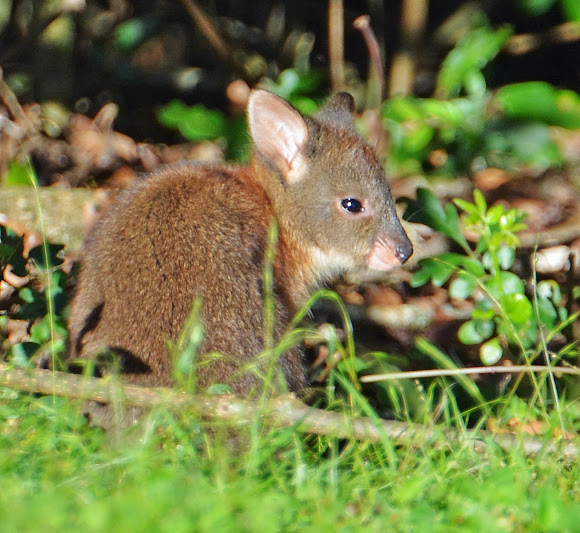 This very shy, mainly nocturnal forest-dwelling marsupial is greyish-brown with a red neck and shoulders. While not currently listed as an endangered species, it is threatened by habitat loss.

The first individual is a juvenile. It is seen on the second shot with its mother. The third shot shows another individual spotted at night using a light strobe equipped with a red filter. These animals are very cautious and quickly retreat to the dense cover of the forest when surprised. There the thumping of their hind feet can often be heard. Predators include dingos, red foxes, and feral dogs and cats. Body length: 50 cm.

Thanks Birding For Fun! Yes it does come with that "ridiculously cute" factor...

Precious, I like the way they hold their ears!