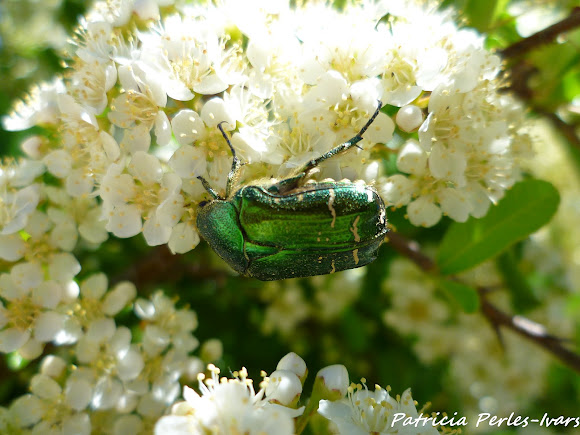 beetle, 20 mm (¾ in) long, that has metallic green coloration (but can be bronze, copper, violet, blue/black or grey) with a distinct V shaped scutellum, the small triangular area between the wing cases just below the thorax, and having several other irregular small white lines and marks. The underside is a coppery colour. Rose chafers are capable of very fast flight; they do it with their wing cases down thus resembling a bumble bee. They feed on flowers, nectar and pollen, in particular roses (from where they get their name); which is where they can be found on warm sunny days, between May and June/July, occasionally to September.

Hi Patricia, Maybe you should look at my suggestion and decide which one. Nice spotting.