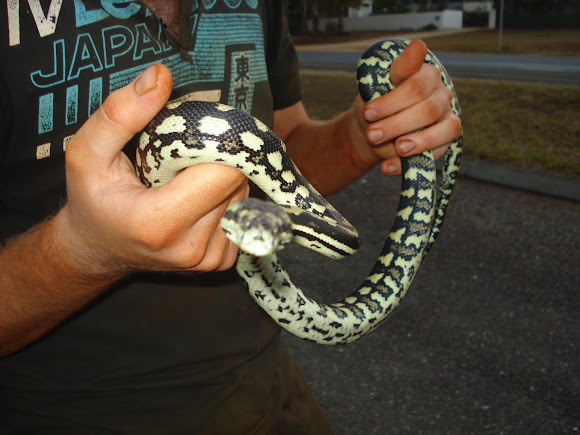 Photographed outside Tolga Country Lodge on the Atherton Tableland. This is actually a pet python, which was handed to me by a teenager who told me to hold it while she took a call on her mobile! I'm still not sure of the subspecies though, any help would be greatly appreciated.