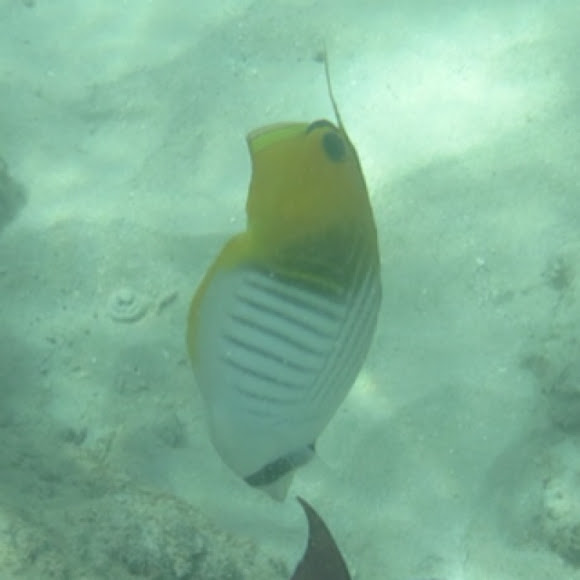 The body is a bright pearly white to the front and becomes bright yellow to the rear and onto the dorsal, anal and tail fins. It sports a number of diagonal black lines that are perpendicular to one another, creating a chevron-type patterning. It's accented with a bold black eye bar running vertically across its face and it may or may not have a black eye spot high up on the back half of the dorsal fin. A feature, seen on full grown adults, is a long pennant type extension streaming from the fifth and sixth filaments of the dorsal fin. Thus its common name Threadfin Butterfly was derived. It is also known by the popular term Auriga Butterflyfish, which identifies it by is scientific name.