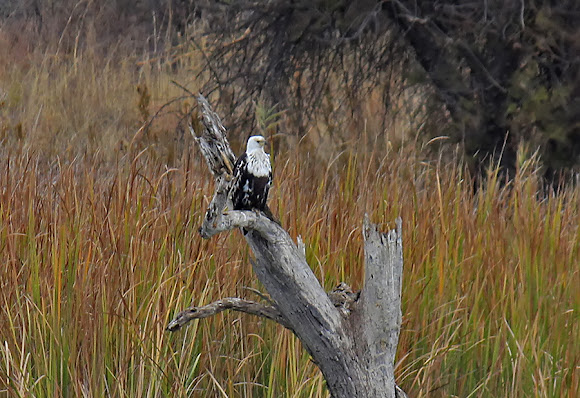 The African Fish Eagle or – to distinguish it from the true fish eagles, the African Sea Eagle – is a large species of eagle that is found throughout sub-Saharan Africa wherever large bodies of open water occur that have an abundant food supply.

Occurs across sub-Saharan Africa; in southern Africa it is locally common in much of the region, excluding the arid Namib Desert, Kalahari and much of the Karoo. It generally favours large water bodies, ranging from estuaries to rivers and man-made impoundments, such as dams. Dinokeng Game Reserve