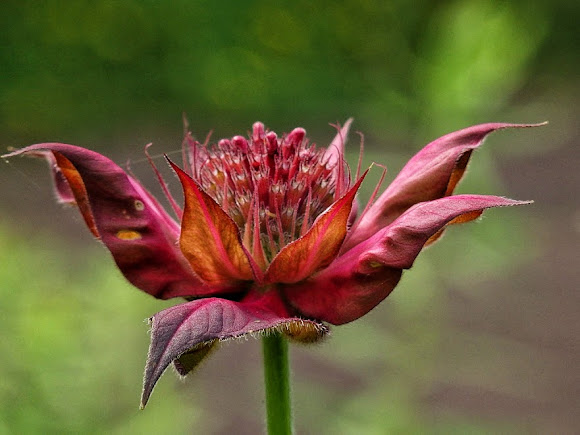 Traditionally used by Native Americans. They are somewhat bitter due to the thymol content in the leaves and buds, the plant tastes like a mix of spearmint and peppermint with oregano. North American Indians, and later settlers, also used it to alleviate stomach and bronchial ailments. A tisane made from the plant was also used to treat mouth and throat infections caused by dental caries and gingivitis. Bee balm is a natural source of the antiseptic compound thymol, the primary active ingredient in some modern commercial mouthwash formulas. The Winnebago used a bee balm tisane as a general stimulant. Bee balm was also used as a carminative herb by Native Americans to prevent excessive flatulence. An infusion of crushed, boiled Monarda has been used to treat headache and fever. - from Wikipedia.