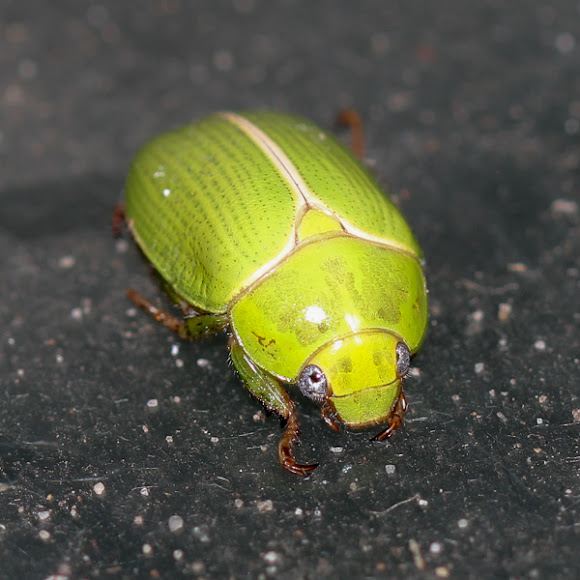 Large, bright green scarab beetle. This one was about 2cm long, maybe a little smaller.

Our backyard, but generally found around eucalypt trees which they feed on.

Beetles of the Anoplognathus genus are known as Christmas Beetles in Australia as they appear in large numbers in the hot summer months around Christmas. They are considered very common, and I remember seeing them often as a child (I was quite frightened of them - they are big and have claws!) but I have not seen many in recent years and this is only the second one this season. There are 35 species, and I'm not sure which one this is - possibly A. prasinus but I'm not sure.