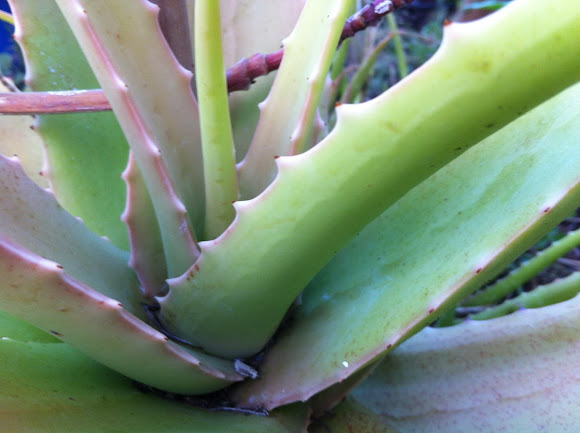 Aloe Vera, also know as “medicinal plant’, has been used around the world for thousands of years because of its beneficial influences on people’s health. Already in Mesopotamia, the extraordinary effects of aloe were recorded. Historians and philosophers write about the blessings of aloe. According to one of the legends, Aristotle convinced Alexander the Great to conquer the island of Socrata, so its ample stock of Aloe Vera could be used to treat wounded soldiers. The Egyptian queens Nefertiti and Cleopatra used aloe vera juice to take care of their skin and it is even said they owe their beauty to aloe. Meanwhile, it has been proven that aloe vera contains a special element, to which the plant owes its extraordinary traits, namely polysaccharides. Native Hawaiians used aloe ALL the time to take care of themselves and heal any type of burn, cut, scrape, or any skin imperfection that you might have had.

Aloe vera is a cultivated plant but naturalised populations occur in dry, often rocky and exposed areas. I personally just keep the aloe vera in a simple soil garden with a water drop system and it seems to be doing great but some garden blogs have a different growing pattern for the aloe vera. They potentially have different growing techniques because of where they grow there aloe and how their aloe reacts. Although, they may be different, but are very similar to the same exposed, dry, and rocky growing areas.

Spotted by a stud ent at Kamehameha Schools