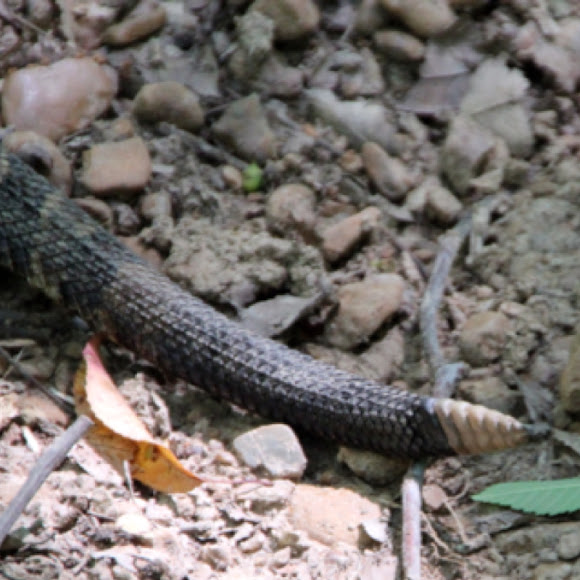 Timber rattlesnakes are large, heavy-bodied snakes characterized by dark crossbands or chevrons on a lighter background. This species usually has a black tail, but there is considerable variation in the overall color of individual snakes.

Generally, this species is found in deciduous forests in rugged terrain.