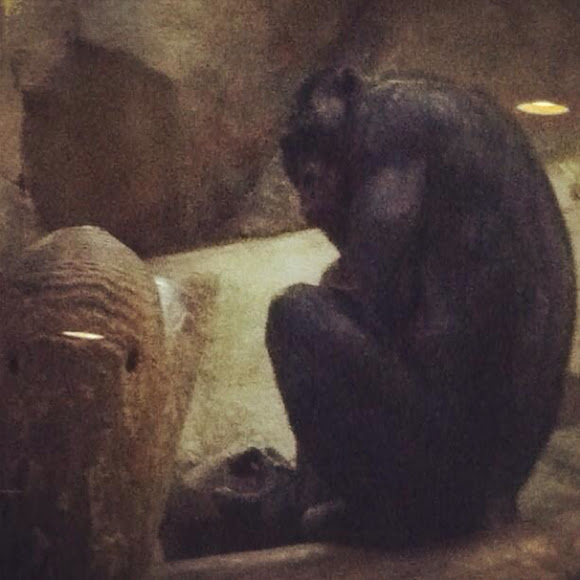 The bonobo, previously called the pygmy chimpanzee and less often, the dwarf or gracile chimpanzee, is a great ape and one of the two species making up the genus Pan; the other is Pan troglodytes, or the common chimpanzee. Although the name "chimpanzee" is sometimes used to refer to both species together, it is usually understood as referring to the common chimpanzee, while Pan paniscus is usually referred to as the bonobo. It is distinguished by relatively long legs, pink lips, dark face and tail-tuft through adulthood, and parted long hair on its head.