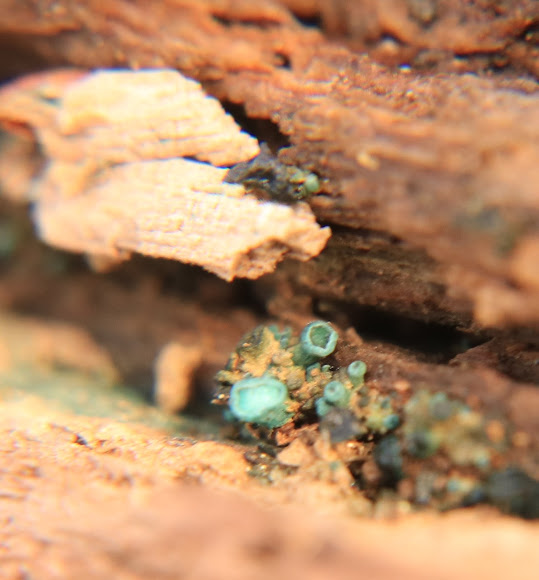 This green stained branch (pic N° 5 and 6) was the first indication I spotted on that forest floor, protruding among decaying leaves, bark, branches and logs. Later on, on a closer inspection, I found these, very small, green apothecia (pic N° 1 - 3 taken back home, using a magnifying glass and a macro zoom) - none of which exceeded 2mm in height. Apothecia in my pictures are not fully developed yet.

Found on decaying discarded branches, discarded on the forest floor of a lowland broadleaved forest (oak and beech), in Geneva lake valley.

There are two members of genus Chlorociboria present in European temperate regions; C. aeruginascens and C. aeruginosa. This could actually be any of the two, as it is said they are difficult to distinguish without examining spores. I went with the former one simply it was said it was a more common one around...