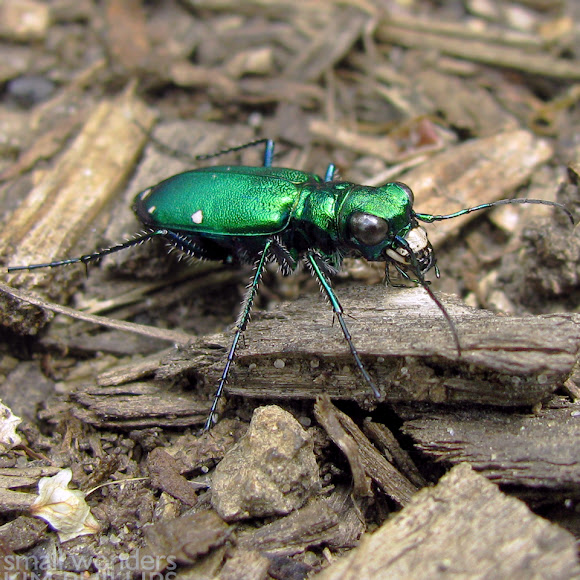 Tiger beetles closely resemble their relatives the Ground Beetles (Carabidae), but can be distinguished by their overlapping sickle-shaped jaws. Tiger beetles are predators that feed on small insects, spiders, and other arthropods. They are fast, agile flyers, and are able to catch insects in the air. Tiger beetle larvae are also predators.

Thanks so much Gordon. Yes, these beetles do not like to be approached... It has taken me nearly 2 years to finally catch up to one!

Sure Emma, I will email you. The most important tip is patience ;)

Small wonders,can you give me tips on how to get started with macro. i would love to capture a jumping spider !