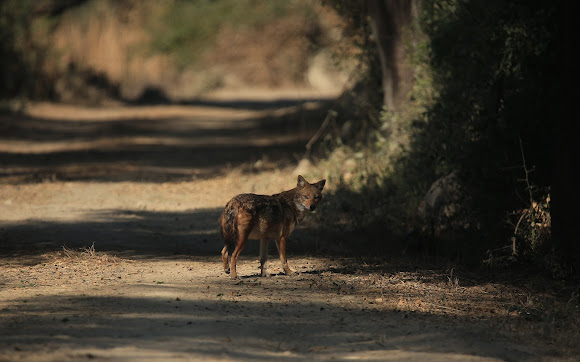 The golden jackal, also known as the common jackal, Asiatic jackal or reed wolf is a canid native to north and northeastern Africa, southeastern and central Europe, Asia Minor, the Middle East, and southeast Asia. It is classed by the IUCN as Least Concern, due to its widespread range in areas with optimum food and shelter. It is a social species, whose basic social unit consists of a breeding pair, followed by its offspring. The golden jackal is highly adaptable, being able to exploit many foodstuffs, from fruit and insects to small ungulates. As of 2005, 13 subspecies were recognised but C. l. lupasater has since been recognised as a subspecies of grey wolf.