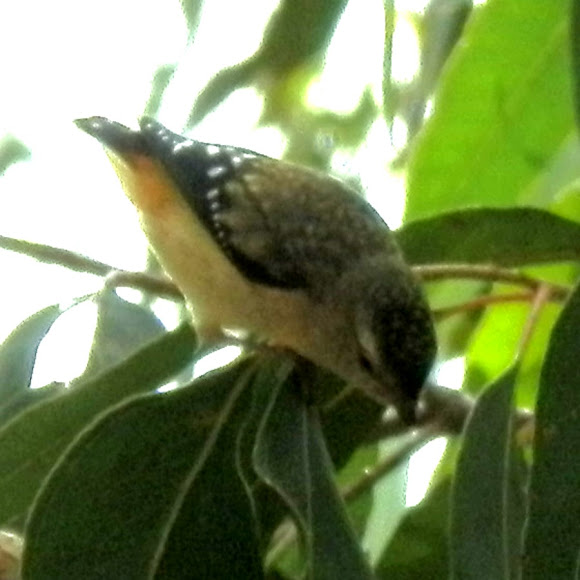 This small bird had greyish-black head wings and tail with distinct white spots on back and flecks on head. Eyes were black with a white brow. Throat was a pale yellow ans was the under side of tail. It was interesting to note that as the bird flew away, the tail feathers were exposed - they were black with two distinct spots of white (pic 4). The rump had a pale reddish tinge. The bill was short.

Spotted flying amongst the upper branches of a large eucalyptus tree in a reserve, pecking insects and possibly lerps off leaves.

This species is seen in the coastal areas in dry eucalyptus forests along the East and South of mainland Australia and all over Tasmania. Nests are seen in tunnels in mud banks but in urban areas they have been seen nesting in rolls of carpet and roller doors.
Order: Passeriformes
Family: Parlotidae
One of its many common names include "headache bird" because of the incessant call during breeding season !