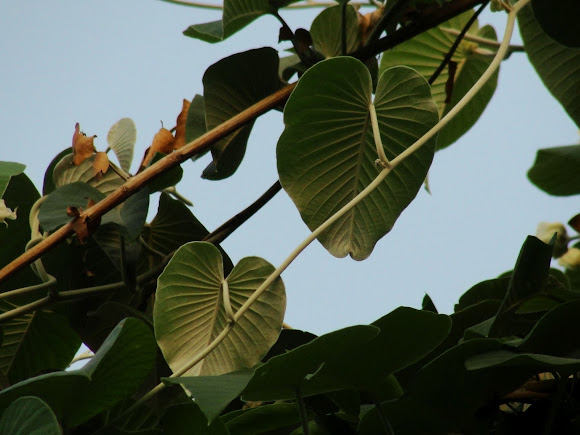 The plant is a rare example of a plant whose hallucinogenic properties were not recognized until recent times. While its cousins in the Convolvulaceae family, such as the Rivea corymbosa (Ololiuhqui) and Ipomoea tricolor (Tlitliltzin), were used in shamanic rituals of Latin America for centuries, the Hawaiian Baby Woodrose was not traditionally recognized as a hallucinogen. Its properties were first brought to attention in the 1960s, despite the fact that the chemical composition of its seeds is nearly identical to those of the two species mentioned above, and the seeds contain the highest concentration of psychoactive compounds in the entire family

Thanks Leuba,
thanks Viv for ID

very unusual but attractive leaves, Sachin. I hope you find an ID for it.