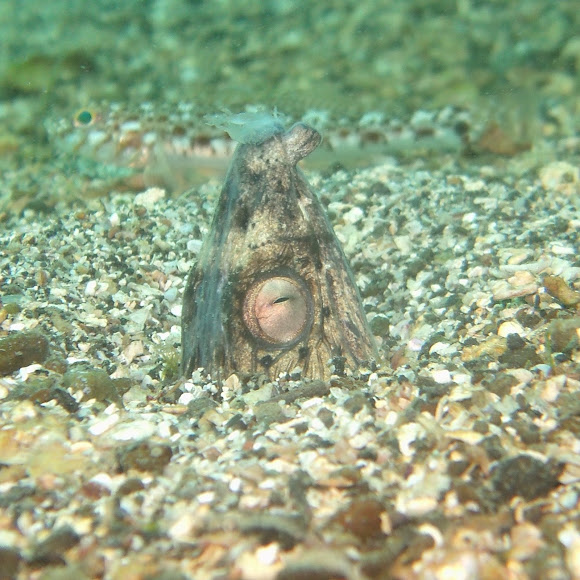 A type of eel, Pisodonophis zophistius, or "hotate umihebi" (literally scallop seasnake" as it is called in Japanese, is entirely saltwater eel that buries itself tail first into sediments in shallow waters, feeding on crustaceans and other prey mostly at night. The eel grows to be approximately 70cm long, though it is mostly seen by divers during the day buried in the sediment. Here you can see one of these eels posing in front of a Campbell's Goby (Istigobius campbelli). I believe the hair-like structure extending from the tip of its nose allows it to smell and detect prey, and the tube like structures allow it to take in oxygen rich water into its gills.

Shallow coastal shores with sandy or rocky bottoms in Japan, extending from the Tokyo Bay to Kagoshima in the south.