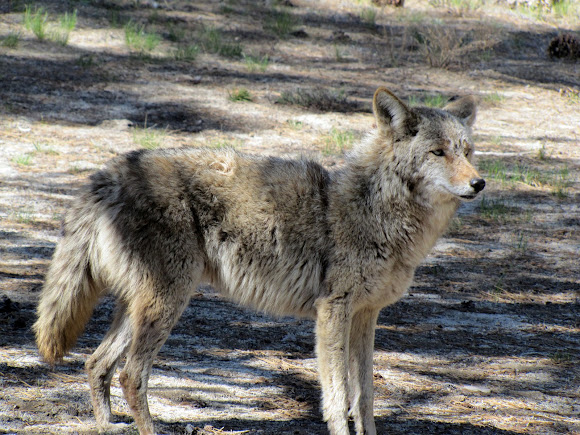 The coyote (US /kaɪˈoʊtiː/ or /ˈkaɪ.oʊt/, UK /kɔɪˈjoʊteɪ/ or /kɔɪˈjoʊt/;[2] Canis latrans), also known as the American jackal or the prairie wolf, is a species of canine found throughout North and Central America, ranging from Panama in the south, north through Mexico, the United States and Canada. It occurs as far north as Alaska and all but the northernmost portions of Canada.[3]

Rare to see during the day.