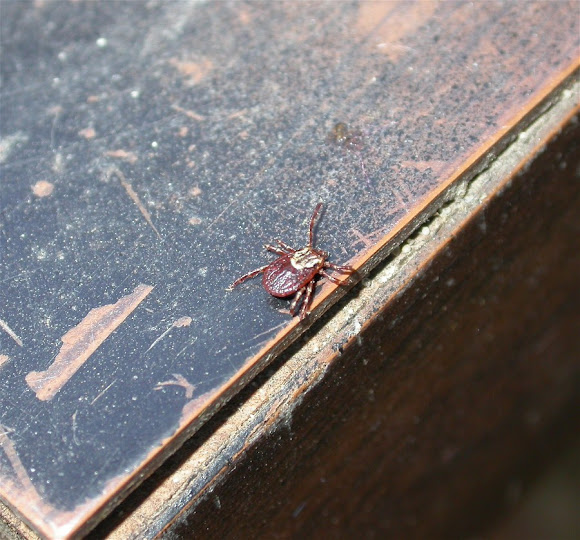 The 8-legged adult male and female.They are typically brown to reddish-brown in color with gray/silver markings on their back. The female will vary in size depending on whether or not it has blood fed. Unfed females are typically 5 mm long and are slightly larger than males, which are about 3.6 mm long. Blood-fed females can enlarge up to 15 mm long and 10 mm wide.

The American dog tick is widely distributed in the United States east of a line drawn from Montana to South Texas. It is also found in Canada, east of Saskatchewan, and in California, west of the Cascade and the Sierra Nevada Mountain ranges. This species is most abundant in the eastern United States from Massachusetts south to Florida but is also common in more central areas of the U.S., including Iowa, Wisconsin, and Minnesota. Found in grassy areas, back yards, fields, woods, along road sides and in many other areas were it can find live animals to feed on.

Found on the back of my neck.

Spotted by a stud ent at Homeschool