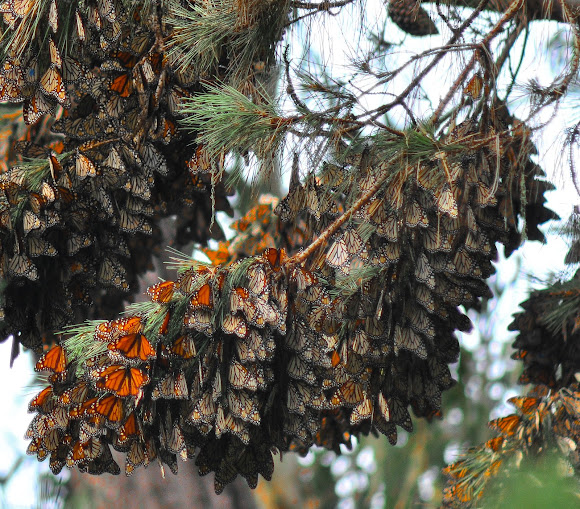 Monarch butterflies may once have been the most abundant species of butterfly on the entire planet, but their population has dwindled down to less than 10% of what their numbers used to be. Biologists think they form large clusters for warmth, largely in part to to them not being able to fly below 55F and so are frozen in a sort of suspended animation.

Working with and thanks to the Pacific Grove Museum of Natural History.

Thanks Fyn and PN Rangers! It is an honor, once again.

Thank you Luis and Ava. No, Ava, I haven't read it. Not really a big reader. Thanks for sharing though :)

Beautiful series, Josh. Have you ever read Sweet Thursday by Steinbeck? It's the sequel to Cannery Row, and has a chapter about the Monarchs. It's one of my top three favorite novels.