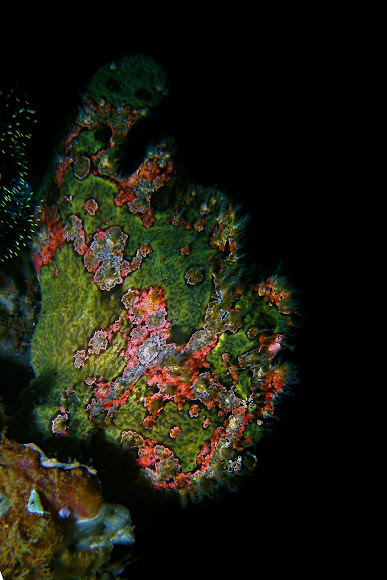 The giant frogfish is the largest species of frogfish in the Indo-Pacific with this individual around 40cm. Being true anglerfish, frogfish have a rod and lure that they use to catch prey and can swallow prey whole in 6 milliseconds. Frogfish can change color too - this giant frogfish changed from purple to green!!! It can be identified as the same individual by its identical pattern of encrusting algae.

They generally inhabit areas with lots of sponges so they can blend in with their surroundings.