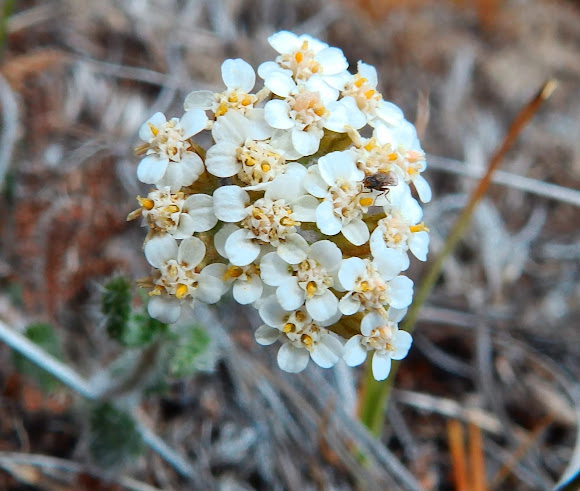 Achillea millefolium is an erect herbaceous perennial plant that has a spreading rhizomatous growth form. Leaves are evenly distributed along the stem, with the leaves near the middle and bottom of the stem being the largest. The leaves have varying degrees of hairiness (pubescence). The inflorescence contains ray and disk flowers which are white to pink. The generally 3 to 8 ray flowers are ovate to round. Disk flowers range from 15 to 40. The inflorescence is produced in a flat-topped cluster. The plant has a strong, sweet scent, similar to chrysanthemum.