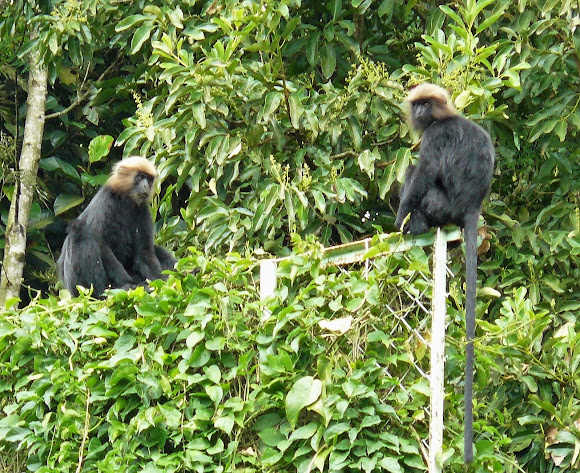 An old world monkey found in the hilly areas. It typically lives in troops of nine to ten monkeys. Its diet consists of fruits, shoots and leaves. The species is classified as vulnerable due to habitat destruction and poaching for its fur and flesh, the latter believed to have aphrodisiac properties.

Grounds of hotel near to the Periyar National Park