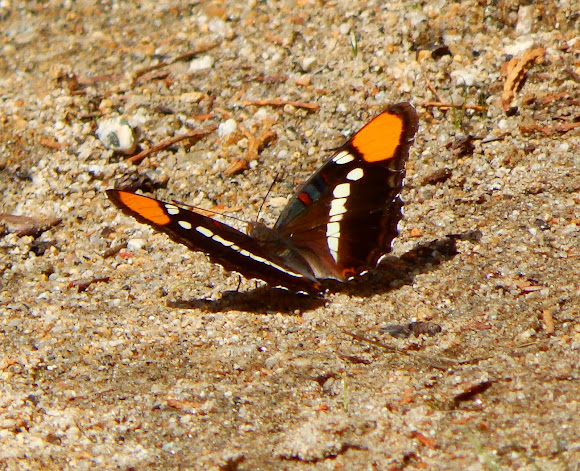 The upper surfaces of the wings of A. californica is a dark brown to black. It has two large orange patches near the tip of the forewings and wide postdiscal creamy white bands on both wings. The ventral surfaces of the wings are generally similar but with blue bands along the edges of both wings, as well as blue and orange patterns on the corners near the body. Like other members of the genus, the butterfly is named "sister" for its black and white markings on the forewing that resemble a nun's habit.