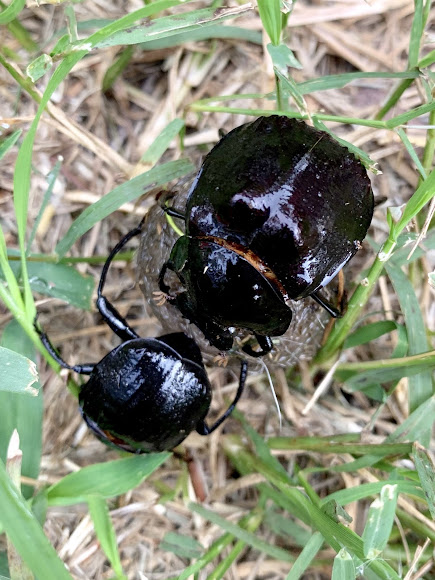 Two large, round, black beetles with prominent rear limbs. Male has a hump on each elytron visible in some photos. Female is smaller and has absence of humps. These are rolling dung beetles, who use their rear limbs to “roll” feces, fungi, and decomposing matter into balls to feed their larvae.

At first it appeared that the two were working together, but after watching for several minutes, the smaller female appeared to be doing most of the work and the larger male seemed to be along for the ride!