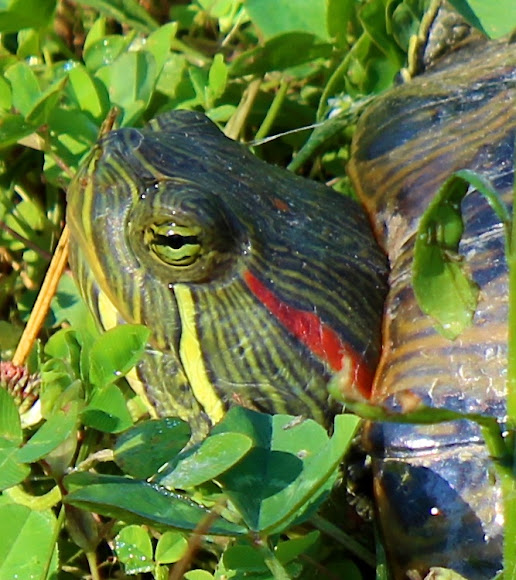 This ubiquitous aquatic turtle species gets its common name from the distinctive red patch of skin behind each eye.

I spotted this one in a grassy area 25 feet from the edge of a large pond. This species survives and even thrives in almost all freshwater habitats. It is native only to the southern United States, but has become established in other places because of pet releases and has become an invasive species in many introduced areas, like California, where it outcompetes the native western pond turtle.