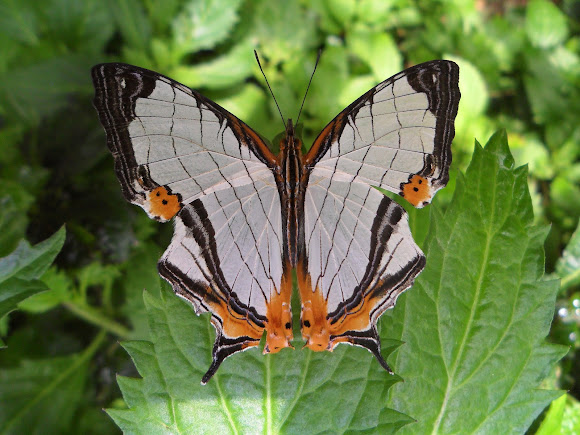 The Straight-line Map-wing (Cyrestis nivea) is a butterfly of the Nymphalidae family. It is found in south-east Asia. The habitat consists of primary and secondary forest at elevations between sea level and about 500 metres. Males and females are similar, but females are somewhat paler and have slightly more rounded wings.

Spotted in the Butterfly Farm of Cameron Highland, Malaysia.

Oh thanks for the ID DanielePralong !!