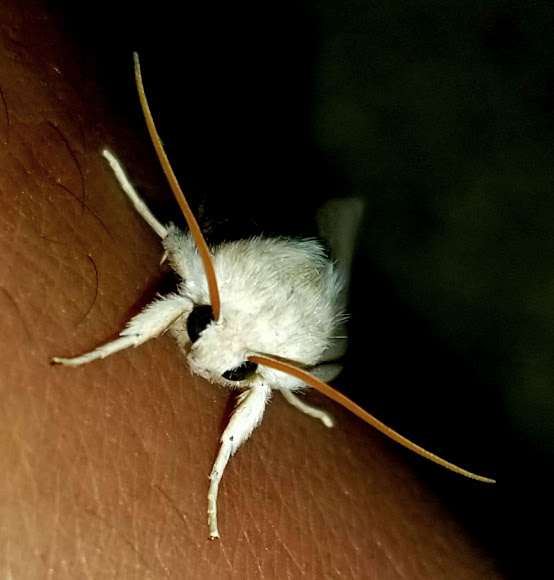 This moth was drawn to a metal halide lamp, outside a building. I've seen this moth a couple times in this area, most likely due to the lake nearby. This moth is a cream white color throughout the wings and body, and the larvae of this species is brightly colored with orange black and white, with many hairs. The larvae feed on Typha and Polygonum species, as well as various grasses and sedges, poplar and willow. This moth is found from coast to coast throughout the United States and southern Canada (Ontario, Quebec, New Brunswick, Nova Scotia, British Columbia, Alberta, Saskatchewan and Manitoba). Was seen in the morning (7:40 am).

Outside a public building, underneath uv lamp. (Close to Lewisville lake)

This one here is a male. This species was re-named in 2015 from Simyra insularis to Acronicta insularis, based on phylogenetic analysis.