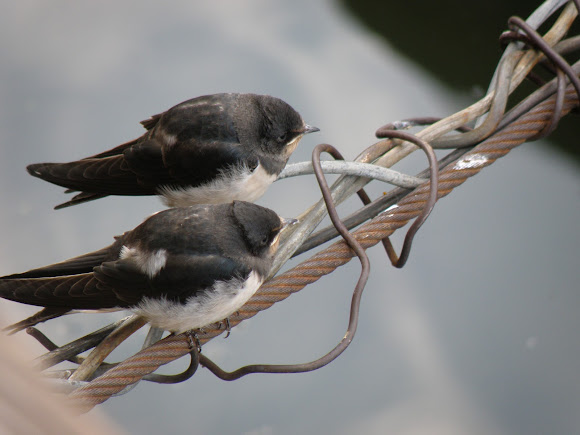 The Barn Swallow (Hirundo rustica) is the most widespread species of swallow in the world.

There are six subspecies of Barn Swallow, which breed across the Northern Hemisphere. Four are strongly migratory, and their wintering grounds cover much of the Southern Hemisphere as far south as central Argentina, the Cape Province of South Africa, and northern Australia.[2] Its huge range means that the Barn Swallow is not endangered, although there may be local population declines due to specific threats, such as the construction of an international airport near Durban

The Barn Swallow is a bird of open country which normally uses man-made structures to breed and consequently has spread with human expansion. The above pictures look like that of Juveniles. See the link in Wikipedia.

http://en.wikipedia.org/wiki/File:Barn_S...
See the above link.
This looks like a barn swallow. The color over the face is different . Can anyone See the video and opine.

Lucky spotting,
can be House Swft or White-rumped Swift